High Court provides guidance on interpretation of a settlement agreement

The McKenna's (applicants) entered into a settlement agreement with Ennis Property Finance DAC (Ennis), arising out of litigation, to repay the sum of €675,000 in full and final settlement of proceedings.

The Court (Mr Justice Max Barrett) reviewed the caselaw and noted that there was nothing in the text of the settlement agreement or the other evidence before the Court (noting also a sworn affidavit by the solicitor for Ennis), which suggested that a requirement of the sale of the property by the mortgagee in possession was within "the presumed intention of the parties'', or for the Court to read the settlement agreement so would be giving "business efficacy to the transaction as must have been intended at all events by both parties".  The Court held that the literal, natural and correct reading of the settlement agreement is that it was complete in what it stated and it did not involve the underlying predication that the McKenna's would now like the Court to read into it (ie the sale by Ennis Property as mortgagee in possession of the mortgaged property) because that was never agreed between them or indeed was not within contemplation of both sides to the settlement agreement. 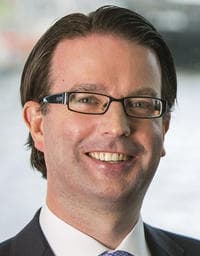 Leonard is a partner in our banking & finance team. Leonard works closely with domestic and international financial institutions and specialises in all aspects of banking transactions to include both secured and unsecured facilities.