In a recent High Court decision, Mr Justice Murray identified a helpful checklist for determining whether the Court should grant an order for discovery or not.

Principles of discovery in Ireland

Discovery is an important part of the litigation process where parties must disclose all relevant documents in their possession to the other side. The Supreme Court had previously set out a number of important principles of discovery in the case of Framus v. CRH plc [2004] 2 IR 20. In that case, the Supreme Court noted that “a sense of proportion” must be maintained and it is important to balance the right of an applicant to have sight of documents relating to their case against the unwieldy task imposed on the party asked to furnish those documents.

In the recent High Court case of Walsh v The Health Services Executive & Ors [2017] IEHC 394, Mr Justice Max Barrett examined in some detail the principles of discovery outlined by the Supreme Court in the Framus case. In the interests of “consistency, efficiency and predictability” he identified a helpful checklist consistent with the Framus decision which is step-by-step guide for the Court to apply in a discovery application. The checklist is as follows:

a. Form of Application

Discovery of any document or category of documents that reaches this point ought generally to be ordered.

Limitation may be imposed by the court where

With the significant and often disproportionate cost that accompanies the process of a large scale discovery review in Ireland, the introduction of this helpful checklist may be a step towards a more streamlined and uniform approach to discovery by the Courts. 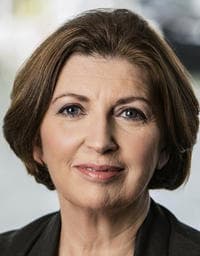 Claire is a consultant in our litigation & dispute resolution team. Claire works with major financial institutions, owner-managed businesses, multinational companies and State bodies, and has extensive experience in the financial services, healthcare, and public sectors.