Mergers under the Companies Act 2014

Partner, Emer Moriarty Crowley, recently wrote an article for Accountancy Plus on mergers under the Companies Act 2014. Read the original article here or below.

Mergers under the Companies Act 2014

In this article, Emer Moriarty Crowley from Beauchamps, discusses the merging of private Irish companies under the Companies Act 2014 and examines some key features of this innovative process.

The Companies Act 2014 (Act) introduced the facility to merge private Irish companies.  Since the commencement of the Act on 1 June 2015, the number of mergers of private companies (known as domestic mergers) has increased year on year.  To date in 2017, some 82 companies have dissolved by merger, compared to 56 for the entire year in 2016.

The merger process can be used to consolidate group structures on a timely and cost effective basis.  With a merger, liquidation costs are avoided and the desired end state of company dissolution can be achieved in a shorter timeframe than in a traditional members voluntary liquidation. Thus, the vast majority of domestic mergers to date involve mergers within the same corporate group.

As domestic mergers become more popular with Irish business owners, this article looks at some of the key features of this innovative process, which is not yet available to companies incorporated in the UK.

What is a merger?

The Act provides for three types of merger:

This article focuses on merger by acquisition and merger by absorption, which are by far the most common.

The Act facilitates mergers by two different routes: the Summary Approval Process (SAP) and a High Court Approval Process. As the SAP is by far the more commonly used of the two, this article concentrates on that process.  However we will also look at why, in some cases, the High Court route might be preferable (see below).

The SAP requires: (1) a majority of the directors of each merging entity making a Declaration of Solvency in which they confirm that the successor company will be in a position to pay both its own debts and the debts of the transferring (dissolved) company as they fall due during the 12 months following the merger and (2) the approval of the merger by unanimous approval of the shareholders of each of the merging entities.

Preparing for a domestic merger - Due Diligence

The first vital piece of information to confirm at the outset is that a majority of the directors of each of the merging companies will be happy to make the required form of Solvency Declaration. The second is to confirm that all shareholders of the merging entities will be willing to approve the mergers.

A legal and business diligence review should be undertaken well in advance of the target completion date. This review should identify the types of assets held by the transferor company which will give rise to specific legal actions (for example, registered property, foreign assets); whether there are any impacted employees and also identify the practical post-merger implementation steps for the business (for example, changes to VAT registration numbers). The companies' tax advisors should be involved to identify what pre-clearances should be obtained from the Revenue and to advise on the tax implications for the group.

It may be necessary to identify any assets or liabilities of the transferor company that should be moved elsewhere in the group in advance of the merger. Sometimes intra group debts might need to be forgiven to facilitate the directors' Declarations of Solvency.

It is important to make sure that all Companies Registration Office (CRO) filings are up to date, especially details of the directors making Declarations of Solvency.

All employees of the transferor dissolving company will automatically transfer to the successor company, and the parties must comply with the Transfer of Undertakings (Protection of Employees) Regulations 2003 with regard to notifying and in some cases, consulting with employees.

Each of the merging entities must draw up and agree Common Draft Terms of Merger (CDTM). The Act sets out the mandatory minimum content for the CDTM.  In some cases the Act requires the preparation of a directors explanatory report and an experts report, explaining the terms and effect of the merger but these can be and typically are, waived by the shareholders.  The CDTM must be approved by the directors before they are made available for inspection by the shareholder(s).

For each merging company, the CDTM and statutory financial statements for the last three financial years must be made available for inspection by the shareholders at the registered office of the company for a minimum of 30 days before the shareholder unanimous resolution is passed. The Act does not permit this requirement to be waived.

When using the SAP, there is no requirement for advance publication of the details of the proposed merger either in a national newspaper or the CRO Gazette, although this is required when using the High Court process.

The Declarations of Solvency must be made by the directors at board meetings of each of the merging entities. Once signed, the declaration is circulated to the shareholders, prior to passing the unanimous resolution approving the merger.

The effective date of the merger will be set out in the CDTM.  When the Declarations of Solvency and the shareholder resolutions approving the merger are filed at the CRO, the dissolving company's status will be changed by the CRO to “dissolved by merger".

Effects of a merger

A merger using the SAP process cannot be implemented in less than 30 days from the date on which the required documents are made available for inspection at the registered office of each merging company. There is no provision in the Act allowing this requirement to be waived. A merger involving the High court process will take considerably longer.

Why take the High Court route?

There are a variety of reasons why a High Court approval process might be the more appropriate route to approve a domestic merger. These include circumstances where one of the merging companies is a Plc, where it is not possible to obtain unanimous shareholder approval, or where the majority of the directors of the merging entities are unwilling to take on potential personal liability by making the Declaration of Solvency.

Another reason for using the High Court route might be if the dissolving merging entity owns significant foreign assets or liabilities.  In those circumstances, it might be preferable to have a High Court Order as evidence for use in foreign jurisdictions to show the official status of the merger and the merger effective date. A merger using the SAP does not generate an equivalent official document. When using a SAP, it will be up to the companies' lawyers engaged in the merger to produce (if requested to do so) the necessary confirmation to third parties of the effects of the merger and the successor company's title to the assets. 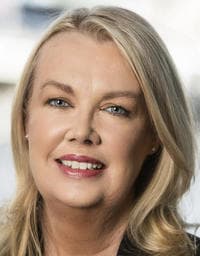