The Enforcement of Judgments in the UK post-Brexit

Following the end of the Brexit transition period at 11pm on 31 December 2020 most EU Regulations are no longer applicable in the UK.

This includes the Brussels 1 Regulation (Recast)(1215/2012) which covers the recognition and enforceability of judgments between EU Member States.  As the trade agreement established between the UK and the EU does not contain provisions on the enforcement of judgments the UK will look to other conventions to which it is a party and established domestic law to assess whether EU judgments can still be enforced.

Now the Brexit transition period has ended the enforcement of new Irish and other EU member state judgments in the UK will be governed by (i) the Hague Convention and (ii) domestic UK law.  The main take-away is that the party seeking to enforce a non-UK judgment will have to make a full court application to have it recognised and enforced whereas pre-Brexit EU judgments were recognised and enforced through a simple procedural mechanism.

The Hague Convention in the UK

The EU has been a party to the Hague Convention since 2015. The UK acceded in its own right on 1 January 2021.  The EU and UK disagree as to whether the UK is a party to this convention since 2015 as part of the general EU accession or from the UK's accession from 1 January 2021. As such, it is unclear whether the convention will apply to contracts made between 2015 and 1 January 2021 that elect the UK as the jurisdiction for the hearing of any claims. This is a matter which will likely be determined in the coming months as the enforceability of judgments develops post Brexit.

From 1 January 2021 onward however, this convention applies in the UK when a judgment is made in relation to new commercial contracts that contain a specific jurisdiction clause. A jurisdiction clause allows the parties to decide which country's courts will be relied upon to resolve any disputes which may arise under the contract. The convention requires that any judgment given regarding such a contract will be recognised and enforced in the other states which are party to the convention. The Hague Convention applies to commercial contracts only and does not cover consumer contracts, family law or insolvency, for example.

In situations where the Hague Convention does not apply, UK domestic law rules will be applied in deciding the enforceability of Irish judgments (and those of other EU member states) by UK courts. The common law rules in England & Wales currently allow for such a judgment to be recognised and enforced provided it is:

The rules for the enforcement of judgments in Northern Ireland and Scotland differ to these.

Future changes to enforceability in the UK

Finally, the Lugano Convention regulates the enforcement of judgments between EU member states and the European Free Trade Association countries (which are at present, Lichtenstein, Norway, Switzerland and Iceland) and largely mirrors the regulations set out in the Recast Brussels Regulation. The UK has applied to accede to the Lugano convention and approval of this application is pending. If the UK's application is successful, this would simplify the enforcement of judgments and result in a similar system as that which was in place pre-Brexit.

Disclaimer – the enforcement of judgments in the UK is a matter of UK law. Beauchamps does not advise on UK law and this note is a guide only, to reflect the position as understood on 24 February 2021. 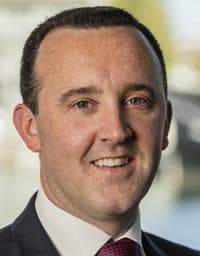 Barry is a seasoned insolvency expert and litigator who heads our market-leading insolvency & corporate restructuring team. More generally, he has significant Irish and cross border experience and is a highly regarded practitioner. He represents stakeholders and officeholders in a wide range of contentious and non-contentious insolvency and debt restructuring cases.

Barry has been a member of the Council of INSOL Europe since 2016 and in October 2022 was announced as its president.