The Government recently published the Road Traffic and Roads Bill 2021 (the Bill) with the aim of regulating the use of e-scooters and e-bikes on Irish roads.  The regulation of this area is long overdue as e-scooters are an increasing feature on Irish roads and pavements. While they have obvious advantages being an environmentally friendly mode of transport they are not without risk. There is a growing incidence of road traffic accidents and injuries caused by e-scooters.

Some e-scooters are regarded as mechanically propelled vehicles (MPVs). The Road Traffic Act 1961 (RTA) define a MPV as including a vehicle with electrical propulsion.

If the scooter/bike can be propelled other than manually it is an MPV. Most pedal assisted electric bikes are not considered MPVs because when the person stops pedalling, the bike stops.

The law applies differently depending on the technical specifications of the scooter/vehicle. MPVs require the user to be insured, to have a road tax and to have a licence to use them. Currently, it is not possible to tax or insure e-scooters for use in a public place. Using e-scooters on the roads is not currently legal (until the expected legislation is passed).  These anomalies have contributed to several grey areas if an accident occurs involving an e-scooter.

The RTA is being amended to introduce a new category of vehicle known as “powered personal transporters”.

The Bill provides a definition for “powered personal transporters (PPT)” which is described as being a vehicle:

E-scooters fall within this proposed definition.

Notably the new Bill amends the definition of ‘vehicle’ to refer to ‘a PPT’, in addition to a MPV.

It also introduces a definition for an ‘autonomous vehicle’, seemingly in reference to self-driving cars, and includes the monitoring of such vehicles within the definition of ‘driving’.

The Bill explicitly provides for their use in cycle lanes and bans them on footpaths and motorways.  They will also be exempt from toll schemes.

This Bill proposes to insert the category of PPT into some of the offences outlined in the RTAs and creates new separate standalone offences.

It is proposed that the Finance Act be amended to include PPT within the definition of a MPV. This would allow the Minister to regulate in relation to the taxation of e-scooters.

Although the Bill is in its early stages and may be subject to change before it is enacted it will nonetheless provide welcome clarity for both e-scooter users and service providers. 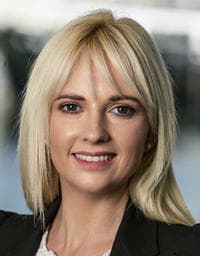 Grace is partner in our medical negligence and personal injury team. Grace specialises in the area of medical and dental negligence.