It has been reported in the Irish Times on 6 April 2016, that the order restricting the operation of the turbines has been stayed to next June to allow the developer seek leave to appeal to the Supreme Court against the Court of Appeal's recent judgement.

On 16 March 2016, Mr Justice Hogan (Hogan J) delivered the judgement of the Court of Appeal in William Bailey v Kilvinane Wind Farm Limited [2016] IECA 92 which ruled that three turbines constructed on lands in Kilvinane, County Cork should be dismantled as they materially deviated from the planning permission granted. The decision will be of major concern to wind farm developers and funders as it calls into question the previous flexibility commonly afforded to developers seeking to make changes to their projects, particularly changes to the turbine specification.

Background of the case

The turbines were built on lands belonging to Mr. Draper, principal and director of Kilvinane Wind Farm Limited (Kilvinane) which owned and operated the turbines.  Mr Draper had been in touch with the local authority at various stages during construction of the turbines and sought to rely on written confirmation he received from a local planning officer that the changes were approved. He also pointed to the Wind Farm Development Guidelines published by the Department of Environment, Heritage and Local Government in 2006 which recommend flexibility in the location of wind farms of up to 20m following site specific geo-technical investigations.

Hogan J found that the changes to the turbines were not immaterial. Whilst he acknowledged that the Wind Farm Development Guidelines envisage that there should be a degree of flexibility built into planning permissions for wind farms, he noted that this particular planning permission did not allow for such flexibility and, in any event, the Guidelines “cannot change the law or impel any contrary conclusion so far as material deviation is concerned”.

The High Court had found that Kilvinane could not be criticised for its approach as it had acted in good faith and relied on assurances given by the planning authority.  However, in the Court of Appeal, Hogan J took the view that “no sensible developer could reasonably suppose that a planning authority could informally sanction such deviations from location and rotor diameter without a formal assessment of the potential planning and environmental impact of these changes and especially their potential effects on third parties.”

Hogan J quoted with approval the judgement of Mr Justice Costello in Morris v Garvey [1983] I.R. 319 when he stated:

the opinion of a planning official – no matter how genuinely given – cannot be allowed to defeat the rights of the public and, in particular of a next door neighbour.”  Hogan J concluded that “if this Court were to allow the private views expressed by a planning official in correspondence with the defendant regarding the materiality of the deviations from the planning permission to defeat the rights of the applicant, it would tend to undermine a pillar upon which the entire edifice of the planning process was erected, namely, the right of the third party objector.

The Court of Appeal ordered that the developer be restrained from using the three turbines and ordered they be dismantled. It was noted that Kilvinane has applied to An Bord Pleanala for substitute consent and in the event it is successful with this application, it may apply to have the court orders lifted. Under the circumstances Hogan J granted a stay on the order requiring the dismantling of the turbines to enable the application for substitute consent to be determined.

The Court acknowledged that the orders would have serious economic consequences for the developer but concluded that it is in the public interest to ensure that planning laws are properly enforced. To find otherwise may weaken the effectiveness of S.160 enforcement procedures and “encourage others into thinking that they might profit from their own breach of planning laws”.

Implications of the decision for wind farm developers and their lenders

The Court’s ruling is a worrying decision for wind farm developers and their lenders. The actions of Kilvinane in this instance were not unusual, as it was the practice at the time for developers to rely on a so-called “de minimis letters” from the local authority confirming their approval of immaterial deviations from planning permission. This practice existed for a number of years and was widely accepted by developers, banks and their lawyers.

It may be argued that this decision can be distinguished from other cases because it involved a very significant increase in rotor diameter and a change in the locations of the turbines.

In addition there was no evidence in this case that the planning authority had carried out any formal assessment of the potential planning and environmental impact of the proposed changes on third parties before issuing its de minimis letter.  Notwithstanding this, the decision of the Court of Appeal in William Bailey v Kilvinane Wind Farm Limited would appear to signal a significant hardening in attitude on the Court’s part.  The order to dismantle the turbines is unprecedented. In light of the severe economic consequences, developers and lenders should proceed with caution and ensure that they seek proper advice where there is any deviation from planning permission, no matter how immaterial it may appear. 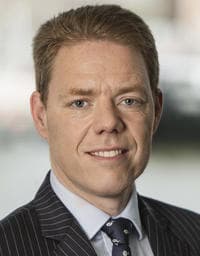