Right of appeal to the courts not essential in disciplinary proceedings

The Court of Appeal has upheld a finding of poor professional performance against a doctor (the appellant) by the Fitness to Practise Committee (the Committee) of the Medical Council (the Council).

In dismissing the appeal, the Court rejected the appellant's argument that sections of the Medical Practitioners' Act 2007 (the Act) were unconstitutional on the basis that there was no right of appeal to the High Court provided under the Act against the imposition of the sanction of advice or admonishment.

Section 71 of the Act sets out the sanctions to be applied by the Council following a finding of poor professional performance by the Committee, including the sanction of 'advice or admonishment, or a censure in writing'. Whilst Section 75 of the Act provided for a right of appeal to the High Court in relation to most of the available sanctions, at the time these proceedings issued, Section 75 explicitly excluded a right to appeal a sanction of advice, admonishment or censure in writing.

The case related to a fitness-to-practise inquiry by the Committee into the appellant, a medical oncology registrar. The Committee made one finding of poor professional performance against the appellant and referred the matter to the Council for consideration of the appropriate sanction to impose. Following consideration of the matter, the Council imposed the sanction of advice, as provided under section 71(a) of the Act.

The appellant issued proceedings by way of judicial review in December 2015 seeking to quash the report of the Committee finding the applicant guilty of poor professional performance and the decision of the Council sanctioning the appellant. The appellant argued inter alia that the absence of a right of appeal in the appellant's circumstances was in breach of the appellant's rights under the Constitution and the European Convention on Human Rights.

In February 2018, the High Court dismissed the proceedings. The appellant appealed this decision to the Court of Appeal, which delivered its judgment on 28 July 2021.

The Court noted that there is no right of appeal in every circumstance in disciplinary proceedings and that the appellant could point to no specific authority to support his argument that a right of appeal was required. The Court noted that there was an independent fact-finding body (the Committee) which made a "fair and independent finding on the facts", and a fair and independent body (the Council) which made a decision on the sanction. There was no requirement for the Courts to act as a further independent fact-finding body.

The role of the Courts was to ensure that "the process under which the decision-making Committee reached its finding of fact has been carried out in a manner which respects the appellant’s natural and constitutional rights and that the decision arrived at is rational". On this basis the right to bring a judicial review application, as opposed to an appeal per se, was sufficient to vindicate the Appellant's constitutional rights.

Regarding the appellant's claims of a violation of his Convention rights, the Court noted that the sanction of 'advice' did not actually directly affect the appellant's registration as a doctor. The Court expressed the view that the disciplinary process set out in the Act (and applied in this case) was sufficiently fair and independent to meet the requirements of Article 6 even without a right of appeal to the courts in respect of the sanction of advice.

This case is notable in setting out the limitations on the right of appeal to the courts in cases of professional disciplinary proceedings. Although the High Court had previously rejected a similar challenge to the provisions of the Act (Akpekpe v Medical Council [2014] 3 I.R. 420), both the High Court (Prendiville v Medical Council [2008] 3 I.R. 122) and the Supreme Court (Corbally v Medical Council [2015] 2 I.R. 304) previously appeared to indicate a constitutional vulnerability regarding the lack of a right of appeal against a sanction of advice, etc. The Court of Appeal has provided clarity on the issue.

Note that the discussion regarding the constitutionality of the lack of a right of appeal has since been rendered largely moot by the enactment and commencement of the Regulated Professions (Health and Social Care) (Amendment) Act 2020 which provides right of appeal to the High Court against decisions of the Council where the sanction imposed is advice, admonishment or censure. Similar amendments have been made to the legislation governing other regulators such as the Nursing and Midwifery Board of Ireland and the Pharmaceutical Society of Ireland. 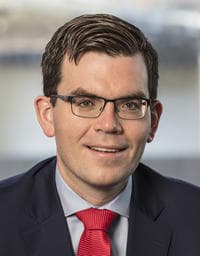