The Residential Tenancies (Amendment) Act 2021 (the Act) was signed into law by President Higgins on 11 December 2021.

The Act caps rent increases in Rent Pressure Zones at either the rate of inflation, as recorded by Harmonised Index of the Consumer Price (HICP), or at 2%, whichever is lower. This is significantly down on the 4% per annum increases landlords could impose under previous legislation. It must be noted that this applies to residential tenancies and not to commercial tenancies.

What is a Rent Pressure Zone (RPZ)?

RPZs are located in areas in Ireland where rents are at their highest and consistently rising, and where households have the greatest difficulty in securing affordable accommodation. RPZs are intended to moderate rental increases in these areas. According to the Residential Tenancies Board, the goal of RPZs is to create a stable and sustainable rental market that allows landlords and tenants to plan financially for their future.

The Government previously set out an intention to cap rental increases in RPZs at the rate of inflation. Minister for Housing, Darragh O'Brien, stated this week that this plan was put in place at a time when inflation, as measured by the HICP, was at an average of 0.73% per annum over the previous three years. The rate has risen to 1.6% in the year ending June 2021. Therefore, the 2% cap was added to the Act to protect against any inflationary spikes.

Ramifications for Landlords and Tenants

While landlords will no longer be able to increase rents by up to 4% on properties they own in RPZs, the Act should provide them with greater clarity on their financial investments than if the cap on rents merely followed the inflationary rate. An important further point to note is that under the Act, landlords who have not increased the rent in previous years will be able to combine the rent increase cap, as it will be legislated for on a per annum basis.

The Act's 2% cap also provides greater certainty for tenants than would have been the case if the cap only followed the rate of inflation. Renters need not fear that their rent will be increased by a disproportionately high figure in a year where the rate spikes, such as was the case in 2000, when the inflation level reached 5.3%.

Landlords will continue to have the right to terminate a tenancy on the specific grounds provided in the Residential Tenancies Act 2004 (as amended), which include the landlord or his/her family moving into the property, the landlord selling the property and the landlord changing the use of the property. Transitional measures are provided for in the Act in relation to the conversion of existing tenancies to tenancies of unlimited duration over time.

This Act is a manifestation of some of the reforms the Government committed to under its Housing for All scheme. The 2% limit negates the impact of inflation spikes and need not ever be employed if the level of inflation remains lower than that figure.

Given the uncertainty of markets across the globe since the emergence of the Covid-19 pandemic, there are no guarantees that the inflationary rate will remain stable, so the inclusion of the 2% cap is a positive step in providing greater certainty to landlords and tenants alike. 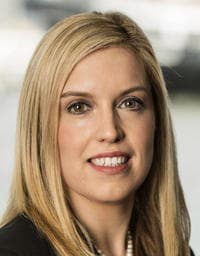 Fidelma is a partner and heads our specialised Housing team. Fidelma has particular expertise in complex conveyancing and is an acknowledged market leader in the acquisition, development and management of social housing. Her practice includes all aspects of conveyancing and extends to the acquisition, structuring, financing, disposal and leasing of all types of property, including multi-unit developments, distressed and partially complete residential developments, shopping centres, retail parks and offices.