The primary purpose of the CEA will be to promote compliance with and investigate suspected breaches of company law. It will have increased staffing levels, an increased budget, and greater resources with which to investigate suspected breaches of company law (when compared with its predecessor the Office of the Director of Corporate Enforcement). The CEA will supervise the corporate insolvency process and conduct financial and related investigations across the full spectrum of companies from SMEs and not for profits to companies whose shares are public listed. The Act also makes certain amendments to the Companies Act 2014 to correct anomalies and clarify certain provisions of the Companies Act 2014

At a high level, the primary purpose of the CEA will be to promote compliance with and investigate suspected breaches of company law. Its functions under the Companies Act 2014 will include:

(c) Taking enforcement action in response to identified breaches of company law (which can include issuing warnings, requiring evidence of voluntary rectification of non-compliance, and applying to court for orders requiring steps to be taken to bring about compliance. Note also the CEA has the power to share relevant information with other statutory regulators or enforcement bodies)

(d) Supervising the activities of liquidators of insolvent companies

(e) Operating a regime of restriction and disqualification undertakings in respect of directors of insolvent companies.

The CEA is conferred with investigative and enforcement powers (both civil and criminal) including power to require the production of documents by companies and relevant third parties, powers of search and seizure and the right to request the Courts to approve/trigger certain additional investigative measures (for example the granting of production orders relating to banking records and the appointment of Court-appointed Inspectors).

Its enforcement powers include power to offer legally binding restriction and disqualification undertakings, power to apply to the High Court for disqualification of directors, power to apply to the High Court to have a company wound up, power to initiate summary prosecutions in the District Court and the right to refer more serious matters to the DPP (for consideration as to whether criminal charges should be brought on indictment). 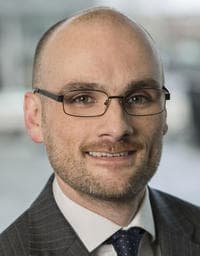