Assignment of a mortgage - Don’t forget to register

In the decision of Harrington v Gulland Property Finance Limited and Stephen Tennant, the High Court have again considered the effect of non-registration of a change of ownership of a charge over registered land and granted an interlocutory injunction preventing the appointment of a receiver over a borrower’s properties.

This departs from the decisions in two recent Supreme Court cases of Kavanagh v McLoughlin and Freeman & Freeman v Bank of Scotland PLC & Ors. The school of thought following the latter two cases was that a bank (or its successor) had the contractual right to appoint a receiver if the necessary power was contained in the mortgage document, even in situations where the transfer of the charge had not yet been registered. However, the bank could not convey good title to a purchaser until the charge had been registered. Please see our recent article on the Freeman case here. However, the High Court distinguished Harrington from the latter two cases as they had involved the transfer of assets by operation of law following a cross border merger which was not the case in Harrington and granted the injunction sought by the borrower.

Anglo Irish Bank Corporation plc. (Anglo) had a charge over commercial units owned by Michael Harrington and Anthony Harrington (the Borrowers). In December 2014, Gulland Property Finance Limited (Gulland) agreed to purchase Anglo’s interest in the charge from the special liquidators of IBRC, who were the successors in title to Anglo. The transaction was completed by Deed of Transfer dated 6 February 2015 (the Deed). Stephen Tennant (the Receiver) was appointed by Gulland as receiver of the properties on 10 February 2016 on foot of the powers contained in the Anglo charge.

The Borrowers challenged the appointment of the Receiver on a number of grounds including the fact that the Deed had not yet been registered in the Land Registry. The Borrowers argued that no interest in the charge had vested in Gulland and it did not have the power to appoint the Receiver. Section 64 (2) of the Registration of Title Act, 1964, as amended (the 1964 Act), provides that:

Departure from Kavanagh and Freeman

The Court departed from the Kavanagh and Freeman cases on the basis that the latter cases concerned the transfer of security assets by operation of law. In Harrington, however, Gulland had purchased its interest in the Harrington’s mortgage by deed and accordingly the Court held that the provisions of Section 64 (2) of the 1964 Act were “unambiguous” and the transferee does not take any interest in the charge whether contractual or statutory until the transferee is registered as owner of the charge.

Ms Justice Baker held that the Borrowers had made an arguable case that the power to appoint a receiver had not vested in Gulland due to the absence of registration of the charge and granted an interlocutory injunction restraining the Receiver from acting as receiver over the properties.

While the decision was given at the interlocutory injunction stage of proceedings and as such it is not a binding precedent, it is indicative as to the Court’s view of the legal position until the matter is determined at a full hearing. In light of the decision, secured lenders should ensure that they take all necessary steps to register the transfer of ownership of a charge over registered land before seeking to enforce the charge. 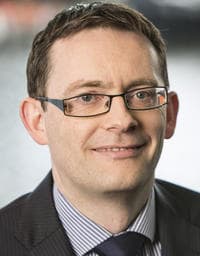