Court of Appeal considers when the clock stops in negligence disputes

The Court of Appeal recently overturned a decision of the High Court in which negligence proceedings were held to be statute barred and clarified when the clock begins to run on negligence claims.

The High Court dismissed the claim as being statute barred, on the basis that the cause of action accrued on the date the foundations were laid. The High Court took this view on the basis that there is no discoverability test applicable in non-personal injury cases. A discoverability test is the date upon which a plaintiff discovers damage has occurred. In light of this, the High Court found that there was a full cause of action from the date of the laying of the defective foundations. As the plaintiffs commenced their proceedings in excess of six years from the laying of these defective foundations, the Plaintiffs’ claim failed on the grounds that it was statute barred.

The Court of Appeal overturned this decision and held that the proceedings were issued within the time period allowed by the statute of limitations. It held that damage is an essential element of any negligence/tort case as negligence without damage is not actionable.

The Court found that the Plaintiffs had not suffered damage as of the date the foundations were laid, even though they were defective. The fact that they were defective was not a cause of action in tort, and so the statute of limitations could not start to run until damage had actually occurred.

Why is this case important?

This case is significant in that it reaffirms the position that a cause of action accrues when the damage is suffered, not when the negligent action giving rise to it occurs. 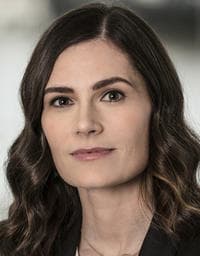 Emma is a partner and heads up our litigation & dispute resolution team. Emma specialises in contractual and commercial dispute resolution and advises commercial clients and financial institutions in that area. Emma has considerable expertise in professional negligence claims and advises insurers and commercial clients in this area. Emma regularly advises major financial institutions and their insurers on complex disputes in retail, corporate, and wealth banking divisions.