Regulation of Lobbying Act, 2015 - Do YOU need to register?

The Regulation of Lobbying Act, 2015 (the Act) applies to a wide range of persons, not just professional PR/communications agencies or third party lobbyists.  Organisations need to prepare themselves to comply with this important legislation.

Lobbying involves any communication with a public official made with the intention of influencing legislation, policy or administrative decisions.

The Standards in Public Office Commission (SIPO) is the lobbying regulator and the Act provides for the establishment of a public online Register providing certain information including:

For a person to be engaged in “Lobbying Activities” that person must make a “relevant communication” in relation to a “relevant matter” with a “designated public official”.

A relevant communication is made when a person communicates personally, either directly or indirectly in respect of a relevant matter, which includes changes or developments in a public policy or programme, legislative changes or the award of any grant, financial support, agreement or authorisation involving public funds, and this communication is made to a designated public official, including ministers and other members of the Oireachtas, local authority members, and certain senior public servants.  Ministerial Regulations identifying and designating such officials came into effect from 1 September.

Exceptions / exemptions to the Act

With the exception of relevant communications relating to the development or rezoning of land (other than one’s own principal private residence), the Act does not cover communications made by individuals regarding their private affairs, or in some cases by businesses with fewer than ten full time employees, and in such cases no registration or reporting is required.

Ministerial Regulations have also come into force which allow an appeal of a decision made by SIPO in respect of:

The Act provides for penalties for non-compliance including on summary conviction the issuing of fixed fines or, on conviction on indictment, imprisonment or the imposition of a fine or both.  Where an offence under the Act is committed by a body corporate with the consent of an officer of the body, that person as well as the body corporate shall be liable.

It would seem the intention is that these penalty provisions will not come into effect until after an implementation review of the Act (to be commenced after 12 months) has been conducted. 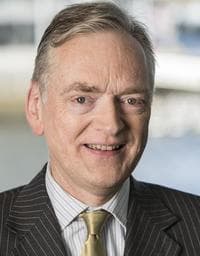