Beauchamps has been legal advisor to Leinster Rugby for a number of years. Beauchamps’ became the official sponsor of the Leinster Rugby Schools Cup in 2013 and will remain involved in the Schools Leagues throughout 2015 while transitioning to the new partnership. 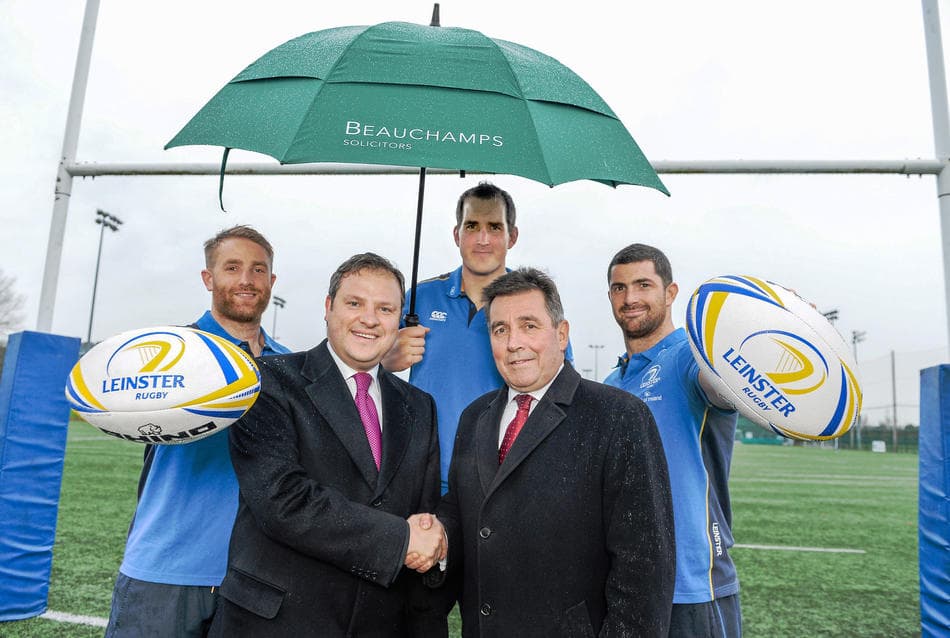 Commenting on the announcement, John White, Managing Partner of Beauchamps said: "Beauchamps has a strong track record supporting Irish sports and advising on the legal and commercial aspects of sports. As a longtime legal advisor to Leinster Rugby, becoming their Official Legal Partner is a perfect fit for both our organisations.”

“The feedback from our engagement with Leinster schools rugby over the past year has been beyond our expectations. The opportunity to officially partner with a team as successful as Leinster allows us to engage both nationally and internationally with a dedicated sporting audience, many of which are our clients and friends in the business community.”

"Leinster is going through exciting times with the success of the Leinster team, international recognition, the improvement of pitches and the new Leinster Rugby / RDS stadium on the horizon, we are delighted to support Leinster in its continued success.”

Speaking at the launch of the new sponsorship deal, Michael Dawson, Chief Executive of Leinster Rugby said: "On behalf of everyone associated with Leinster Rugby I am delighted to welcome Beauchamps Solicitors as Official Legal Partners of the Professional Team for the coming seasons. Beauchamps is one of the foremost commercial legal advisors in Ireland, committed to sports in Ireland and we look forward to continuing to work with them.”