An Irish bank (the Bank) has made a post-judgment application seeking clarification of the judge’s findings in a recent High Court judgment.  The Bank has concerns that the findings cast doubt on the ability of Irish banks to enforce billions of loans which have transferred to them under s. 58 of the Asset Covered Securities Act, 2001 (the 2001 Act).

The Bank sought summary judgment against a borrower in relation to an investment property in Dublin.  The borrower had obtained a 25 year loan from another bank in the same banking group as the Bank (the Original Bank) to purchase the property in question.  The loan was subsequently transferred from the Original Bank to the Bank under s. 58 of the 2001 Act. The borrower raised an issue concerning non-compliance with s. 28(6) of the Supreme Court of Judicature (Ireland) Act, 1877 (the 1877 Act).  Section 28(6) of the 1877 Act states that express notice of the assignment of the loan must be given to the borrower.

The Bank sought to rely on the provision in the loan agreement between the Original Bank and the borrower which provided that the debt and the security could be assigned without her consent.  The Bank also argued that a valid and effective notice was given by the combined effect of two documents: (i) an account statement which contained a note to customers notifying them that the Original Bank had transferred substantially all of its mortgage business to the Bank and (ii) the demand letter sent on the headed notepaper of the Original Bank which provided that the Bank was entitled to the benefit of the loan.

Debt not actionable at common law

The judge found that while the notice required under s. 28(6) of the 1877 Act does not have to be in a particular form, it must be an express notice and the two documents relied on by the Bank were not sufficient to constitute express notice of the assignment. The judge agreed that the consent provision in the loan agreement between the Original Bank and the Borrower did provide for an assignment of the loan and security without her consent. The judge found that while the borrower may not object to the fact that her debt was assigned, the Bank could not sue the borrower at common law without showing that she was expressly notified of the assignment in accordance with s. 28(6) of the 1877 Act.   However, the judge held that there was a valid equitable assignment of the debt from the Original Bank to the Bank for which a notice to the borrower was not required.

The Bank has made a post judgement application seeking clarification of the judge’s findings.  The Bank argues that if the findings are interpreted as to mean that only an equitable assignment of the loans has taken place, this will have major consequences and uncertainty for other cases where a similar transfer has occurred. The Bank has concerns the judgment will be relied upon in other cases as requiring written notice for other loan transfers under Section 58 of the 2001 Act.

The borrower’s legal team argues that the Bank is trying to get the judge to reverse her findings in relation to the notice requirements and that the court lacks the jurisdiction to do so.  Submissions have now been heard from both sides.

The judge is due to rule on the application and the outcome will be of great interest to both banks and borrowers alike. If the findings are interpreted as meaning there was only an equitable assignment of the debt, this will have repercussions for other cases where a transferee under the 2001 Act seeks to bring proceedings in its own name. 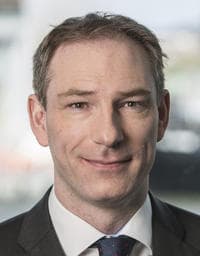 Niall is a partner in our banking & finance team. Niall works extensively with major financial institutions and domestic and international clients in the areas of corporate lending, including acquisition finance, construction finance, project finance and secured lending.