The High Court has provided guidance on the circumstances where a pre-trial order for inspection may be granted.

The plaintiff sought an order for inspection under Order 50 rule 4 of the Rules of the Superior Courts in a case which sought possession of unregistered lands. Orders for relief under Order 50 Rule 4 are not commonly sought.

It provides that  "the Court, upon the application of any party to a cause or matter, and upon such terms as may be just, may make any order for the detention, preservation, or inspection of any property or thing, being the subject of such cause or matter, or as to which any question may arise therein, and for all or any of the purposes aforesaid may authorise any person to enter upon or into any land or building in the possession of any party to such cause or matter and for all or any of the purposes aforesaid may authorise any samples to be taken or any observations to be made or experiment to be tried, which may be necessary or expedient for the purpose of obtaining full information or evidence".  It can be a useful mechanism for defining the parameters of contentious factual issues. However, the grant of the right must be weighed against competing rights of the opposition parties and any other third parties.

The proceedings here were commenced by way of Special Summons.  The main relief sought was an order for possession of lands which comprised of both registered and unregistered parcels. The dispute in the case centred on whether the mortgage deed adequately identified the lands the subject of the mortgage.  The description of a portion of the mortgage deed appeared to be missing a reference to acreage. The discrepancy led the Defendant to claim that the security over the lands was unenforceable as a consequence. In order to clarify the position, the plaintiff sought an order for inspection.

The application was allowed. The Court applied the principles for inspection identified by Costello J in James Elliot Construction Ltd v Lagan [2015] IEHC 631. These principles were as follows:

The Court also noted the general principles referred to in Bula Limited (in receivership) v Tara Mines Ltd [1987] I.R 85 that the power of the court to order inspection of lands must be seen in the context of litigation and the administration of justice as a whole. A right of inspection must be regarded as a necessary incident of the constitutional rights of access to the courts. Any such right however must be balanced against any competing rights of the other parties to the litigation.

The Court noted the objections against the grant of inspection, namely

The Court decided that an inspection of the lands was necessary as it addressed the central issue in the case, it also concluded that it was proportionate as the inspection sought was not invasive, involving only a survey without taking physical samples or carrying out invasive works. The Court did however invite submissions on whether any conditions should be attached to the order so as to fully balance the defendant's constitutional rights.

The decision reiterates the exacting principles applying to applications for inspection and the considerations of proportionality and necessity which govern the granting of such orders. 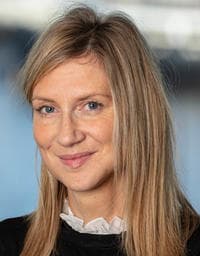 Sinead is a knowledge lawyer on our Knowledge team. She works with lawyers and clients to ensure they are up to date on all legal trends and developments. She supports the lawyers in the firm with complex research and is involved in developing precedents, practice notes and other know how content. She produces articles and updates for clients on topical legal developments.

Previously Sinead was a senior Knowledge lawyer on the employment team in a top five law firm.