After considerable industry input in particular from the Irish funds industry together with the legal funds sector, the Investment Limited Partnerships (Amendment) Bill (the Bill) has been published.

The publication of the Bill follows an Irish Government press release issued on 13 June 2019.  The press release stated that the legislation is a key deliverable of the Irish Government’s IFS 2025 Strategy and is an important part of Ireland’s strategy to develop its international financial services sector and to take advantage of the growth in non-bank finance in Europe.

Already, there are a range of option open to fund promoters and founders to create investment funds Ireland. Different funds require different structures depending on the strategy of the fund and the investment model. Irish investment funds can be established in a number of ways such as an ILP, a unit trust, an investment company, a common contractual fund or an ICAV (Irish Collective Asset-management Vehicle) and can be structured as an individual fund or an umbrella fund.

The limited partnership model has been used extensively in alternative and private equity funds, particularly in the US market.  It has the benefit of limited liability and is considered “tax transparent”, preventing double taxation and ensuring that the fund or its investors will not be disadvantaged after investing through the fund rather than directly investing in the underlying company/asset. An Irish ILP does not cap or limit the number of partners and is considered to be transparent for Irish tax purposes. Notably an Irish ILP can be regulated under the Alternative Investment Fund Managers Directive (AIFMD) and is authorised by the Central Bank of Ireland.

Change or reform of the ILP system has been a hot topic for a number of years as there was a perceived lack of buy-in from fund promoters and founders compared to other structures available in the Irish funds landscape.  The Bill is designed to bring ILPs in line with other Irish fund structures and global standards and to make Ireland a more attractive domicile for private equity funds.   The reforms introduced by the Bill are expected to make the Irish rules consistent with the AIFMD requirements, allow umbrella structures currently only open to ICAVs and importantly with mooted political and regulatory changes in neighbouring countries, allow migration of an ILP to and from Ireland. 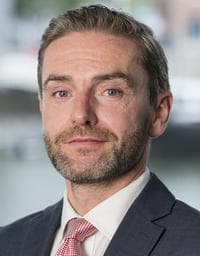 Malachy is a partner in our banking and finance team and also heads our investment funds team. Malachy works with domestic and international clients on the establishment and operation of Irish regulated funds, as well as all associated investment and regulatory matters.