In March we wrote about the Land and Conveyancing Law Reform Bill and its potential impact on repossession proceedings.

Factors for consideration - designation of schemes

A designated scheme is defined by the Act as a scheme, designated by the Minister for Justice, whose objectives include providing persons who are in mortgage arrears in respect of their homes with assistance to help them deal with such arrears and, so far as is possible, to help them remain in their home.

By statutory instrument dated 1 August 2019, the Minister for Justice designated two such schemes, Abhaile and Mortgage to Rent.

The Act will make it mandatory for a court to consider a homeowner's personal circumstances before a repossession order can be issued and will provide further protection to homeowners where their home is liable to be repossessed. The Act is set to have significant impact on lenders and will place an important onus on them to engage in a constructive manner with any proposals put forward to them by the borrower in an attempt to find a resolution to the borrower's mortgage arrears difficulties.

See here our earlier article on the Bill. 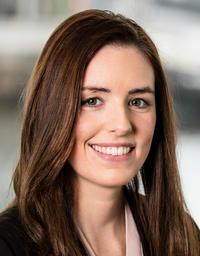