Ray & Danny Grehan (the Grehans) acquired property in Maynooth on which subsequently the Maynooth Business Campus (the Campus) was built.

On 6 April 2001 the Grehans sold the lands upon which the Campus was to be developed to Glenkerrin Homes ULC (a company controlled by the Grehans) (Glenkerrin) for IR £12 million. The development of the Campus was to be undertaken by Glenkerrin, using funding obtained by the Grehans from AIB. By agreement (the Management Agreement) between the Grehans, Glenkerrin and Maynooth Business Campus Owners Management Company (Management Co) it was agreed that Glenkerrin would complete the development of the Campus, which included its carpark,  and as each unit was completed it would be transferred by way of long lease (999 years) to the purchaser. Upon the sale of the last unit the common areas would then be transferred to the Management Company. Glenkerrin went into receivership on 3 May 2011, at which stage the Grehans ceased to have any interest in it, though they retained the ownership of the common areas in the Campus.

Ultimately the proceedings in this case required the Court to construe the context and circumstances in which the Management Agreement was entered into and determine the obligations of the parties arising from that agreement and related conveyancing documentation.

Mr. Justice Robert Haughton applied the principles of construction as set out in The Law Society of Ireland vs MIBI [2017] IESC 31 and Jackie Greene Construction Limited v. IBRC in Special Liquidation[2019] IESC  and found that the Management Agreement should be construed as imposing a legal obligation on  Glenkerrin  to complete the Campus including the carpark to a standard such that it can be certified in accordance with General Condition 36 of the Law Society General Conditions of Sale (1995 Edition).  The judge found that this is not a standard “of good workmanship free from defects”, but requires “substantial compliance” with planning permission, plans and specifications, the Building Control Act, 1990, and relevant Building Regulations.

The Judge found that the carpark as constructed was structurally defective and in breach of the Building Regulations of 1991/1997 which rendered the basement carpark “unfit for use” and the underlying structural defect would lead to collapse of the carpark over time.

Who is responsible for the works?

The Court held that the legal obligation owed by Glenkerrin was also owed by the receivers who had adopted and benefitted from the Management Agreement and were not entitled to disclaim Glenkerrin’s obligations under that agreement.  Accordingly, Glenkerrin and the receivers were legally obliged to ensure that works which could cost around €3 million are carried out to the underground carpark at the Campus.

As Glenkerrin had no funds to carry out the works, and the receivers were contractually protected from any personal liability it was determined that the remedial works must be funded by the receivers from the proceeds of sale of the last unit in the Campus,  which had been held in escrow for the receivers pending the outcome of these proceedings.

Mr Justice Houghton noted that the receivers must have been aware for some time that there was a structural issue with the car park. Having regard to this, the Court found that the process of establishing what remedial works are required, and the carrying out of those works must be transparent and that the Management Co  must be afforded the opportunity to have its own experts involved at critical stages of the work, to be briefed with all relevant documents, and to be given the opportunity to express views on what is proposed, and on the works as carried out. 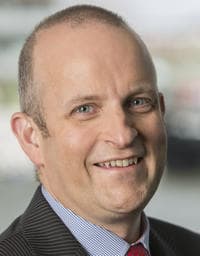 Tony is a partner in our commercial real estate team. Tony works with Irish and international property developers and specialises in large-scale, mixed retail, commercial and residential projects.