The Council is required under section 76 of the Act to seek High Court confirmation in respect of any sanctions, other than advice, admonishment or censure in writing, to be imposed by the Council on a medical practitioner following a Fitness to Practise Committee (the Committee) inquiry under Part 8 of the Act. As established in Medical Council v TM and Medical Council v Anonymous, the High Court has jurisdiction hear a confirmation application otherwise than in public in certain limited circumstances. This jurisdiction is not a provided for in the Act, but is derived from common law principles, as set out by the Supreme Court in the case of Gilchrist and Rogers v Sunday Newspapers Ltd.

For a more detailed analysis of the jurisdiction to hear confirmation applications otherwise than in public, please see our previous article on the topic, which is available here.

Mr Justice O'Moore applied the principles set out by the President of the High Court in Medical Council v Anonymous. Mr Justice O'Moore highlighted that it is not unreasonable to conclude that the legislators were in favour of applications under section 76 being heard in public. He further stated that applications to be heard otherwise than in public should be approached with "resolute scepticism" and should sufficiently protect the interests of those involved, including the interests of the public, any patients of the doctor, and the doctor themselves.

In his application of the principles, Mr Justice O'Moore found that this confirmation application should be made otherwise than in public, noting potential prejudice to the doctor as well as the interest of the public in circumstances where various witnesses had requested the Committee inquiry be in private. It was emphasised that "the Court should depart from a full hearing in public only to the extent necessary to avoid damage to the countervailing interests". The Court considered alternative options to a private hearing, including a hearing in public with suitable orders protecting the identities of the doctor and witnesses. However, the judge concluded that the application should be heard in private in light of the possibility of criminal charges being advanced against the doctor and the concerns relating to the witnesses.

This case emphasises the constitutional requirement that justice be administered in public and the interest that the public has in seeing the provisions of the Medical Practitioners Act 2007 operate in a transparent way, albeit that it was not suitable to do so in this case.

For more information on this, please get in touch with Ed Lyons, Stephen McLoughlin or Mataka Flynn or your usual Beauchamps contact. 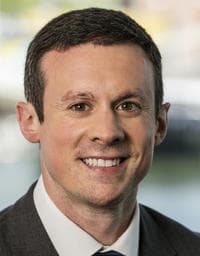