The Civil Law and Criminal Law (Miscellaneous Provisions) Act 2020 was signed into law on 6 August 2020. The majority of the Act will commence on 21 August next with the remaining sections commencing on 14 September.

The measures in the Act are described as Covid-specific but also address several areas identified as requiring urgent reform. Specifically, sections 12 to 19 address the admissibility of business records in civil proceedings.

The LRC report recommended that records compiled in the course of business, should be admissible in civil proceedings as an inclusionary exception to the hearsay rule, subject to the safeguards that have been set out in the Act.  The LRC further noted that business records are the most common form of hearsay evidence presented in litigation and their legal status is of particular importance.

In Burns, the Court of Appeal ruled that averments as to debt made on affidavit by persons other than those involved in the original loan transaction was inadmissible hearsay. The Court of Appeal stated that the affidavit evidence in question, merely confirmed what the plaintiff had been told by the bank from which the loan was purchased and amounted to classic hearsay.

Mr Justice Collins observed that it was not in the public interest that a straightforward debt claim should require a plenary hearing. He noted that continuing vitality of the rule against hearsay in the context of summary judgment proceedings is unhelpful to the fair resolution of cases and deserves the attention of the legislature.

The chapter provides that, any record in the form of a document compiled in the course of business shall be presumed to be admissible as evidence of the truth of the fact or facts asserted in that document. However, the Act also provides a statutory basis whereby business records can be challenged in the normal way. In addition, the Court has specific power to exclude business record evidence, in the interests of justice.

The Act provides a clear statutory basis for the admissibility of business records in civil proceedings and will hopefully alleviate some of the difficulties experienced when seeking to recover debt in summary proceedings, where the plaintiff was not the original lender. 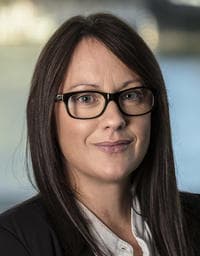