We previously reported on the Companies (Miscellaneous Provisions) (Covid-19) Act 2020 (Act) which was commenced on 21 August 2020.

The Act made certain amendments to the Companies Act 2014, on a temporary basis, to help ease the burden of compliance on companies in light of the operational difficulties being encountered due to the ongoing Covid-19 restrictions. The measures were originally introduced to apply for an initial period up to 31 December 2020 but this has been extended by statutory instrument (SI No. 672/2020) so that those measures now continue in force up to 9 June 2021.

The following is a short reminder of some of those key continuing measures to assist companies:

A company may hold a meeting of its shareholders entirely by electronic means or there can be a hybrid meeting where some attendees are physically present and others are attending by electronic means. Any temporary electronic failure or disruption does not invalidate the meeting but should be remedied as soon as possible and a chairperson can carry out a show of hands vote in an electronic meeting.

Ordinarily, an examiner is allowed 70 days to make his report of a company’s affairs to the court and if this is not possible the court may grant an extension 30 days. The Act allows the court, on being satisfied that exceptional circumstances exist, to extend the duration of the examinership process by a further 50 days.

Our previous articles on this can be seen here and here. 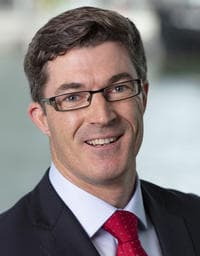 Partner
Damian is a partner in the firm’s corporate & commercial group. Damian has extensive experience across areas of corporate, commercial and company law, including cross-border group reorganisations, international companies establishing operations in or business with Ireland, commercial contracts and corporate governance and compliance.
Beauchamps