The Professional Indemnity Insurance Vacuum: A Speedhump for Irish construction in the short term and a longer term problem

As many construction professionals are all too keenly aware, the troubles in the UK/Irish professional indemnity (PI) insurance market are causing noticeable delays for many residential and commercial property development deals.

Once upon a time, builders and design consultants had access to a PI market where €6.5 million each and every claim coverage was readily and routinely available. Now, cover with annual aggregate limits only at lesser levels is all that can be procured for many industry players (and this cover is often written with broad exclusions from indemnity, particularly with respect to fire related claims). Some participants in the Irish projects/construction market appear not to have fully adjusted to this new reality.

In the short term, this issue is causing delay to close at all levels of many deals. In the long term, it may leave building owners without recourse for the rectification of design related latent defects.

Source of the Problem

At the heart of the problem has been the troubled performance of the PI insurance market in the UK where most PI policies for Irish construction activity are written. In a submission received by this office from a design consultant's broker were extracts from a Lloyds of London insurance review covering the period 2013 to 2018. This is reported to have shown that:

The broker's letter indicated the market has improved somewhat over 2019 / 2020 but goes on to identify 14 syndicates that have withdrawn their PI offerings since 2019. Those that are left "…are significantly more cautious and risk adverse, having a diminished appetite for certain sectors, specifically construction related activities."

Causes of the Problem

The largely UK based PI market has taken something of a battering from:

Consultants and building contractors point to the trend toward more onerous risk allocations in building agreements and services contracts which have tended to create liability beyond "reasonable skill and care" failures.

Here in Ireland it is often also asserted that the state of the tort law in this jurisdiction presents difficulties for PI insurers and has a negative impact on the availability of PI. In this regard, the Civil Liability Act 1961 is certainly very helpful for claimants (creating joint and several liability for all concurrent wrongdoers) but it is questionable whether this Act continues to have a significant impact after 60 years in force (by which time it could reasonably be expected that PI premiums for Irish professionals would have adjusted accordingly).

If the PI insurance market continues to head in its current trajectory:

The first problem should be transitory, its duration measured by the length of time it takes for the PI market reality to be recognised. Beauchamps is currently in the middle of a number of exercises directed at ensuring project counterparties are alert to the extent of the problem.

The second problem perhaps runs deeper and has the potential to affect all building owners. PI cover is written on a "claims made" basis which means that if it is not in place at the time a claim is made, there is no cover, notwithstanding that it might have been in place at the time the negligence giving rise to the claim occurred. Thus, when latent defects in a building finally exhibit, the parties responsible may no longer be able to access PI cover at necessary levels. This will potentially leave the rectification of the latent defects unfunded.

Fixes for the Problem

Short of government intervention, the solutions are hard to identify. Two immediately spring to mind for projects yet to commence:

It must be pointed out that neither of these options will be available for work that has already commenced and/or is completed (generally, an LDI policy must be taken out prior to construction commencing to allow monitoring of the works by the insurer during construction). This leaves a problem for owners of buildings already constructed or in the process of being so, at least insofar as design related construction failure is concerned. Without appropriate levels of PI cover in place, design negligence leaving a building unfit for occupation will potentially leave a big hole in a balance sheet (or a homeowner without a house).

The PI market to date has pooled design related (latent) defect risk through the levying of premiums across professional market participants. In the absence of a robust PI market, it is difficult see how this pooling can occur without some form of government intervention. Such intervention is contemplated to happen in the UK in relation to fire consultants and related professionals. With recently introduced legislation in that jurisdiction, certificates in respect of the safety of cladding in buildings are required before the buildings can be sold. Many fire protection consultants who are required to issue these certificates are not presently able to obtain PI cover in respect of this function. This problem has been preventing the sale of affected housing in the UK, leaving many homeowners in limbo. To plug this gap, the UK government has recently announced a commitment to work towards a targeted, state-backed indemnity scheme for qualified professionals unable to obtain PI insurance for the completion of the necessary EWS1 forms (amongst various other Grenfell-related measures).

Government intervention on this front is certainly not likely to be a palatable solution. It is hard to see how truly efficient measures might be implemented by government where the centuries old insurance industry appears to have failed in this regard. Whether such a measure is ultimately necessary will depend on the scope of the problem in Ireland as it unfolds. Intuitively, as the scale of residential and other development in Ireland is more limited when compared to the UK and Australian jurisdictions (fifty storey apartment blocks are few and far between here), the indemnity holes left by latent defects should be more manageable. None the less, building owners in Ireland (and elsewhere) will need to be particularly proactive in managing defects risk going forward: small problems should not be allowed to grow into big ones. 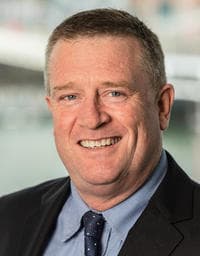 Richard is a projects and construction lawyer, heading up our construction team, with over 20 years’ experience in specialist practices in Ireland and Australia both in contentious and non-contentious roles.