New code of practice for the governance of State Bodies

A new code of practice for the governance of State bodies (the Code) has been published by the Minister for Public Expenditure and Reform and came into force on 1 September 2016.

high standards of corporate governance in State bodies, whether in the commercial or the non-commercial sphere, are critical to ensuring a positive contribution to the State’s overall economic efficiency, competitiveness, social cohesion and regional development.

Here we give a broad outline of some of the provisions of the new Code.

As with the previous code (2009), each State body is required to prepare a statement of strategy, which under the Code is the primary responsibility of the Board of a State body.  For non-commercial State bodies this should be prepared on a 3-5 year basis (unless otherwise mandated by their governing legislation)  For commercial State bodies the strategic plan should be prepared each year on a rolling five year basis. Each strategic plan must be delivered to the relevant Minister for comment.

Board appointments must be made in compliance with the Guidelines on Appointments to State Boards published by the Department of Public Expenditure & Reform, unless otherwise provided for in the relevant legislation. All board members should have the appropriate skills and knowledge relevant to the State body to discharge their respective duties and responsibilities. Gaps in competencies should be identified and addressed in future appointments.

No member of a State board should serve more than two full terms of appointment or nor hold appointments on more than two State boards at the same time. A full term is regarded as five years. Board meetings should be held at least twice a year and members are required to attend all meetings.

Each board is required to carry out an annual self assessment of its own performance and that of its committees and the Code provides a model questionnaire for this purpose.  In addition, an external review or evaluation proportionate to the size of the State body should be carried out on the performance of the board at least every three years. The annual report of the board should include a statement of how the board operates including highlighting a statement of what types of decisions are to be taken by the board and which are to be delegated to management. All State bodies will be required to publish codes of conduct for the board and employees and board members must ensure compliance with the relevant provisions of the Ethics in Public Office legislation.

State bodies are required to have combined audit and risk committees to give an independent view in relation to risks and risk management systems. Where possible, the Audit and Risk Committee should contain at least three independent non-executive board members. The Code also recommends the appointment of external persons to the audit committee and provides for departmental oversight. The Audit and Risk committee is also required to carry out an annual review of the effectiveness of internal controls.

State bodies (and their subsidiaries) are required to confirm to the relevant minister/department their compliance with the Code or explain why not.  Any derogation from the Code should be outlined in the oversight agreement and also set out in the State body’s annual report which should also explain whether the requirements of the Code are to be phased in over a period of time or otherwise varied in some way.

Whilst the transparency and oversight provided by the Code may be welcome, implementing all of the Code’s provisions will certainly present challenges to commercial and non-commercial State bodies alike.

View the Code of Practice for the Governance of State Bodies. 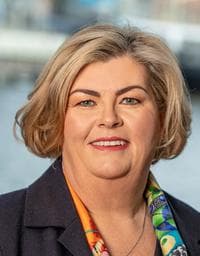