The Companies Act 2014 (the Act) will have significant implications for corporate restructurings and reorganisations. This includes the provision of a new statutory regime for the merger of two Irish private companies.

Under the European Communities (Cross-Border Mergers) Regulations 2008 (the “CBM Regulations”) Irish private companies are currently only permitted to merge with a company incorporated in another state within the European Economic Area (the EEA).  Such mergers provide for the transfer by operation of law of the assets and liabilities of a company located in one EEA state to a company located in another EEA state.  All applications by Irish companies to effect a cross-border merger are made to the High Court.

Part 9 of the Act now provides for a new regime whereby two Irish private companies can merge.  The procedure is modelled on the CBM Regulations applicable to cross-border mergers and allows for merger by:

Effecting Mergers under the New Regime

Mergers under Part 9 of the Act can be effected by either court order confirming the merger or by using a new Summary Approvals Procedure (the SAP) established under the Act.  Under the SAP, the directors (or a majority of them) of each merging company swear a declaration in respect of the post merger solvency of the successor company. No later than 30 days thereafter, the members of each merging company must pass a unanimous special resolution approving the common draft terms of the merger.

The availability of the SAP is a welcome development to corporate restructuring, as it will lead to a reduction in the costs and time taken to implement the merger. The SAP is not available where one of the companies is a plc and in such instance an application must be made to the High Court. 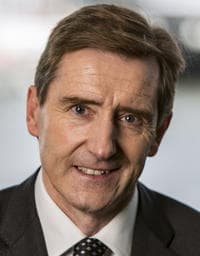 Edward is a partner in our corporate & commercial team. Edward works with a range of domestic and international clients in various industries sectors including sports, banking and insurance, software, retail and manufacturing, distribution and logistics.

Edward has extensive experience in corporate and commercial legal issues – including mergers and acquisitions, commercial contracts, complex cross border restructurings and all aspects of financial services – and regulatory law.