The Technological Universities Act 2018 (the Act) was passed by both houses of the Oireachtas on 8 March 2018. The Act was signed into law by the President on 19 March 2018.

The main purpose of the Act is to allow for the mergers of two or more Institutes of Technology (IOTs) to create a new Technological University (TU), which was one of the key aims of the Government’s National Strategy for Higher Education to 2030. The Act was first introduced as a Bill in December 2015 and has undergone a number of changes since then, to deal with concerns raised by various stakeholders.

Functions of the Technological University

The Act provides that the TU must have particular regard to the needs of the area in which the campus is located and its main functions include:

Where two or more IOTs wish to merge and establish a TU, they may jointly apply in writing to the Minister for Education and Skills (the Minister). The applicants must meet certain criteria, which are set out in the Act. These include matters such as the composition of students and staff, the doctoral level and research activities of the merged IOTs and the ability of the applicant to perform the functions of a TU.

The Minister will be assisted in the decision-making process by an advisory panel, the Higher Education Authority and the Qualifications and Quality Assurance Authority of Ireland.

Before finalising the decision, the Minister will advise of the proposed decision to allow for communication with the applicants before the decision is finalised. The Minister may also specify conditions, which the applicants are required to comply with in order to be eligible for TU status. Where these conditions are not met within a specified time-period, the application is deemed to have been refused.

Once a final decision has been reached, the Minister will issue it in writing to the applicants with reasons for the decision. The Act provides for a process to appeal the decision within 30 days.

Initially, the draft bill provided that the applicant IOTs must merge before they could apply for TU status. However, there were a number of concerns with this procedure as the IOTs could go through the process of merging and then fail to meet the criteria to be designated as a TU. The Act now provides for the application for merger and designation as a TU to be made at the same time.

Governance of the TU

The TU will be governed by:

The Minister has the power to appoint an investigator to investigate and report on any matters of concern regarding the performance of a TU. The investigator is entitled to enter onto the premises of a TU to access records and equipment.

Development of a new type of Higher Education Institution

The introduction of the Act is a significant development for the IOT sector and will bring about huge changes for staff, students and the communities where the IOTs are located. A number of institutions are already involved in the merger process. The passing of the Act will now allow these applications to advance to the final stages. 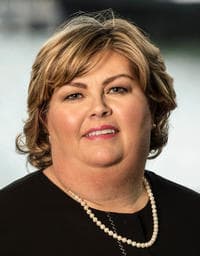